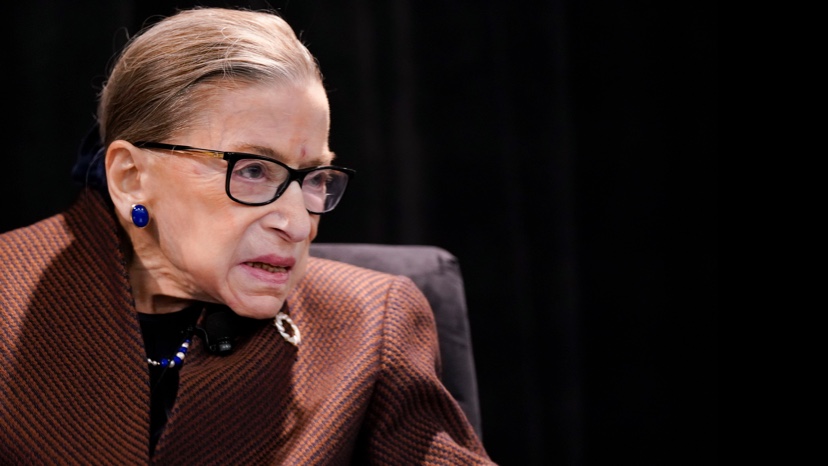 The Duke Law community came together on Oct. 1 to pay tribute to the life and work of U.S. Supreme Court Associate Justice Ruth Bader Ginsburg, who died Sept. 18.

“For women, especially young women — for my daughters, for my students — she was a model of grit and greatness, a tiny woman in gloves and lace collars who became an intergenerational pop culture icon and a symbol of intellect and strength,” said Lisa Kern Griffin, the Candace M. Carroll and Leonard B. Simon Professor of Law, who clerked for Justice Sandra Day O’Connor during the 1997-98 term, which was also during Ginsburg’s tenure.

The online tribute event — sponsored by the Women Law Student Association, the Program in Public Law, and the Dean’s Office — began with a series of slides sharing reflections from members of the community about what Justice Ginsburg meant to them. Then faculty and alumni, including several who had worked with her or argued in front of her, spoke about her impact and their memories of her.

Neil Siegel, the David W. Ichel Professor of Law and professor of political science, who was her law clerk during the 2003-04 term, talked about how her public persona matched her private one.

Farrah Bara ’20 recalled Justice Ginsburg’s appearance at a February 2020 conference that she and the editors-and-chief of the top 16 law reviews, who were all women for the first time, organized to honor 100 years of women’s suffrage. Bara described feeling both grateful and inspired.

“Justice Ginsburg knew that, at the end of the day, it’s impossible to stand on the shoulders of giants if they aren’t available,” she said.

Other faculty talked about Justice Ginsburg’s legal work and the lasting impact she made on the nation’s culture and legal system.

“She and Thurgood Marshall are the only two justices who would have had historical impact even if they never became justices,” said Douglas B. Maggs Professor Emeritus of Law Walter Dellinger, who litigated cases before Justice Ginsburg as acting U.S. solicitor general during the court’s 1996-97 term and once argued opposite her in a moot court trial. “She was a historic figure by the time she reached the Supreme Court.”

Katharine Bartlett, the A. Kenneth Pye Professor Emerita of Law and a renowned scholar of family law and gender theory, called Ginsburg “the single most important figure in the advancement of gender equality in this country.”

Michael Dreeben ’81, who argued 105 cases in front of the Supreme Court during a 30-year career in the Solicitor General’s office, spoke about Justice Ginsburg’s demeanor on the bench, which often belied her sharp questioning. “She was a quiet, non-inflammatory justice, in my experience, with a definite bent for the practical,” he said.

Robert G. Seaks LL.B. ’34 Professor of Law Maggie Lemos, who clerked for Justice John Paul Stevens during Justice Ginsburg’s tenure, noted how her young daughter chafes at gender stereotypes. “’Why does everyone assume I like pink? I like black!’” Lemos said she asks her. “With all of these thoughts of RBG swimming around in my head, all I could think was how this little girl is living in such a different world because of Justice Ginsburg, but so is my son — who likes pink — and so are we all. Doors are open to all of us that would not have been open, but for the work of this strong, invincible woman.”

Kerry Abrams, the James B. Duke and Benjamin N. Duke Dean of the School of Law and professor of law, opened the tribute, putting the work of Justice Ginsburg in context. She reflected on how much women’s rights and status have changed since she was born in 1971.

“I know that for some students that may seem like a very long time ago, but it’s really not. It’s less than half a century,” she said.

Abrams noted that, in 1971, a working woman who became pregnant could be fired, women were routinely omitted from jury pools, women were still refused admission to some colleges and universities, there was no law against sexual harassment, and few women had served as federal judges.

“So, what changed between 1971 and now?” she said. “Many things, of course. A robust feminist movement. Many pieces of federal legislation. Dramatic social change.

“But one thing that happened was Ruth Bader Ginsburg.” 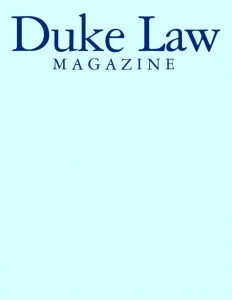